How to Conduct Research when Worldbuilding

I prefer to run my games in a quasi-historical 17th century setting.

I have read a fair amount about the 17th century in order to try and make my settings more interesting.

I have also seen a lot of products that use the 17th century as a setting or incorporate historical things into their adventure.

Some of them are good, in my opinion many of them are not. Well, most often not bad, just not good, just kind of average despite the work that went into them.

I've been doing a lot of thinking lately about how to incorporate research into an adventure, campaign, or setting.

I think most products that try to incorporate real world research aren't that great because a lot of people approach research the wrong way. I think there are two main things to consider if you want to do some research to incorporate into your setting/adventure/campaign, regardless of what that setting/campaign/adventure is.

1. What information are you going to present?

2. How are you going to present this information?

What information are you going to present

You're first goal when deciding to do some research should be to figure out how much you want to do and what information you want to narrow in on.

One thing I always keep on returning to is this image from the book Booklife by Jeff VanderMeer. 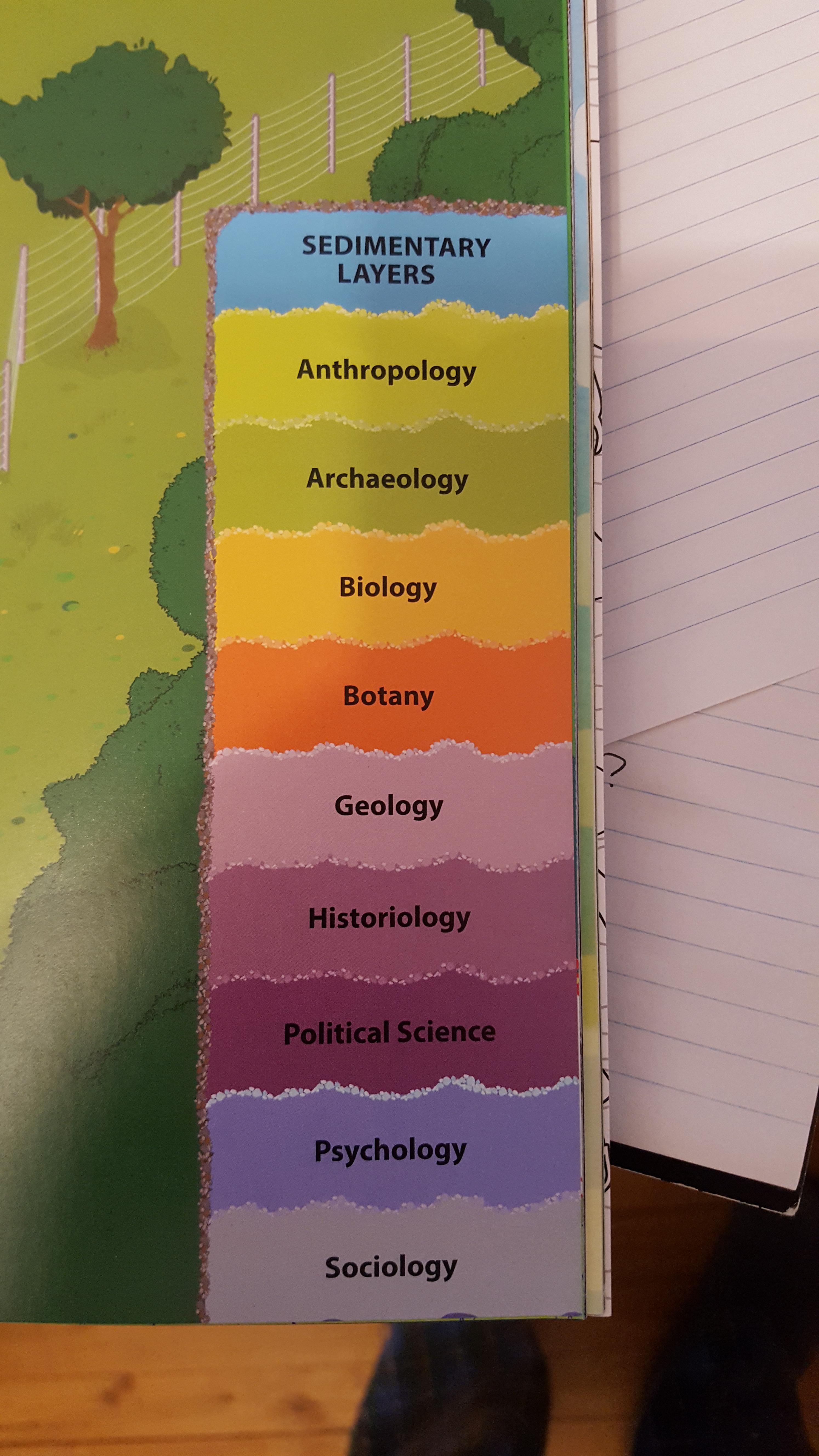 Booklife is a book about writing, traditional story writing. It's an interesting book, and the above picture always stuck in my mind when thinking about RPGs.

It kind of illustrates how in any given place there is almost an infinite amount of things to know about a place.

This knowledge is often collected into overlapping abstract frameworks, each framework acting like a 'slice' of understanding. They are, of course, all kind of interconnected, but things are much more manageable when examined slice by slice.

I think one of the biggest mistakes when doing some research is people research indiscriminately. They'll cast a wide net and try to incorporate as many facts about a place and time into their product as they can.

I find the best RPG books that involve research don't just present facts. They present systems: slices of in-depth knowledge that the players have to figure out, figure out how the things in the framework are connected, can be manipulated.

The best example of this I can think of is Veins of the Earth. Based on Patrick Stuart's bibliography he read a lot of stuff about caves and spelunking. He choose to really hone in on this, on what it's like to actually explore an underground cavern system. He picked one system of knowledge, geology, and incorporated it really well into his RPG product.

I think in this manner it's best to pick 1 or 2 slices of knowledge about a time/place and really use it to highlight what makes that particular time/place interesting.

If I were to do an ocean going campaign about exploring the south pacific I'd probably do botany and biology, all the flora and fauna the players might encounter, how they can use it, what may harm them, etc. In this case I'd probably have the tribes and peoples there encountering be a little more generic and make the campaign more about mapping and specimen gathering.

Or I could flip this and have the flora and fauna more generic, more just background, and make anthropology the slice I'm choosing to focus on. Where the Players, if they hope to survive, will have to interact with various native tribes who have unique customs and may or may not be hostile. Where they find themselves on the edge of colliding worldviews.

Both games could be interesting, deeply so, but I think because they choose to deeply explore a narrow topic. Like an iceberg they present systems the players don't know much about, or have a general conception of, and force them to explore them.

I don't think the particular system of knowledge matters much as long as you explore it in a deep way. Fashion, crops and bugs, the trade of pottery and glassware, beekeeping, weapons and blacksmithing; they may all seem mundane on the surface but if you present the players with an interesting dynamic historically informed system to explore and manipulate, it'll become interesting as they come up with ideas, try out hypothesis, and deal with the consequences.

I also think by honing in on just one system of knowledge if helps make the system overall more believable and the game better. To make a setting work you're going to need aspects of it that are generic, that may not be historical accurate, that are just kind of background elements. If you try to have everything too historical or incorporate too much research your game either becomes very dry, or very confusing. By choosing what to focus on and letting all else just recede the game is much more manageable and general themes can emerge.

How are you going to present information?

Once you've figured out the 1 or 2 topics you want to research and make the game about I think the next step is figuring out how present this information.
D&D at heart is a conversation. It's how the content is conveyed in the medium of TTRPGs. This conversation most often deals with describing immediate things.
This is in contrast to something like literature. It's fine to read a book with long passages with interioralism, where you hear the characters thoughts and feelings.
Or in contrast to film which is very visual and can present information in sweeping shots or scenes cut together where space and time don't matter much.
But it's harder to convey information about the world or story this way in D&D. D&D happens in real time. In D&D you are trapped to the viewpoint of the characters. There is no cutting away. Additionally, you are trapped to the external reality of the characters. It's generally considered bad form to tell a character what they're thinking or feeling or just tell them what NPCs are thinking or feeling.
Most information conveyed to players is going to be conveyed through their immediate reality. To this end I think when you have done some research, or when doing research you have to be continually thinking, how does this manifest physically?
As it's the most immediate, physical manifestation, that characters will be interacting with. Knowing or getting right the name of the King at the time to me is less important than knowing who the players want to talk to if they want to talk to some representative of the king and how exactly one goes about interacting with the nobility.
To this end based on the picture above I think you can present the general layers of knowledge in some of the following ways:
It can take some practice, and I don't think even the above list is super refined, but learning to really translate a system of abstract knowledge into it's most immediate physical manifestation can be hard at times but I think is key to making a good TTRPG product.
Posted by JG at 19:13